Why The Public Are Reluctant To Be Witnesses For The COPFS

I have been contacted by a member of the public. She says she asked Police Scotland for help, but instead of getting the help she expected she found herself targeted by Police Scotland and the Crown Office...all because she refused to lie for the police and Procurator Fiscal in court on the witness stand to help get someone prosecuted.

Long story short, it seems she had a bit of a fall out with her partner, nothing major she says, but she called the police knowing that the mere attendance of police would be enough to de-escalate the situation.
But instead of de-escalating the situation, she says the police made it worse. They turned up with their usual heavy handed attitude, only interested in trying everything possible to escalate the situation in her opinion. They were only interested in trying to squeeze an arrest out of the situation to justify the call-out and make their trip worthwhile.
So her partner was arrested.

The next bombshell came when she discovered the police had lied on their statements to 'exaggerate' what had happened. She was further astounded to discover that the COPFS was happy to go along with the police lies because the lies would help give them more chance of getting a conviction in court!
She claims the COPFS put pressure on her, as a witness, to say things in the witness stand which just didn't happen.
She, quite rightly, refused to lie for the police and the COPFS.
So the COPFS turned on HER. They started to threaten HER and go after HER, the witness!
Here's her blog post about it (https://reluctantwitness.wixsite.com/website/post/emotional-abuse-it-s-fine-when-the-fiscal-does-it) and my response to her:
Hi <name withheld by request>

Thank you for your email.

As you correctly point out, the public have no idea how these disgusting individuals at the Crown Office operate. The public think police arrest the bad guys and Procurator Fiscals prosecute them and get them off our streets. If only the public knew the half of it!

Your situation is just terrible, but alas not uncommon.

We expect police and the COPFS to put pressure on criminals, not innocent members of the public like you who's only crime in this case appears to be to ask them for help and assistance.

In the old days police would help, support, and protect the public. If a situation needed de-escalating they would do just that. But those days are long gone.

Today the police and the Crown Office operate to achieve targeted outcomes. They deny this of course. The police aim to get a tangible result from every situation they get called out to, and the Crown Office aim to prosecute as many members of the public as they can. They view higher arrest and prosecution numbers as justification to demand more money and budget increases.

The problem is, the more money they get, the more arrests and prosecutions they need to justify the money...and so a vicious cycle is created.
Eventually they run out of bad guys to prosecute but they still need to keep the numbers up. So they move on to targeting otherwise innocent members of the public. Targeting innocent people like you is how they justify their existence. The Scottish public are just fodder for them. Superfluous and expendable. As long as they can point to lots of arrests and lots of prosecutions they can stand up and say "look what a wonderful job we're doing keeping everyone safe". This is usually quickly followed by "give us more money and we'll keep even more people safe".
When the police get called out to any given situation, they need to justify the time, effort and resources they use responding to that situation. After the report is sent to the PF, the COPFS, in turn, have to do the same. That's how this all works. So that's why, even though you only wanted the police to help you de-escalate the situation to everyone's benefit, they had a lot more in mind, much more. They wanted an arrest.

The police and COPFS need to arrest, charge, and prosecute as many people as possible to keep the numbers game going, it's just the way it is. Sadly, many people I know, like you, have found themselves to be pawns in their game, their scam, and when you try to walk away from their cruel, unfair, and unjust shenanigans, they then turn on you and go after you. It's just the type of people they are.

This also explains why both the police and the COPFS were more interested in prosecuting your partner than helping you in any way.

You talk of the callousness of Procurator Fiscals. I agree totally. They are horrible, vicious, vindictive people who only work in the Crown Office because they're not good enough to "cut it" out there in private practice. When an organisation like the COPFS recruits solicitors from the bottom of the food chain this is just the sort of low lifes they attract. Solicitors who work in the Crown Office are generally scraped from the bottom of the barrel.

Of course, these misfit solicitors are so thick that they actually think the COPFS is a highly prestigious job (excuse me while I laugh). Usually they can't wait to join in the "COPFS culture" with the other misfits who already work there. Within a week of getting the job, their Easterhouse accent usually gets dropped and they stick a couple of marbles in their mouth and pretend they were brought up in Newton Mearns. By the second week their index finger has become super-flexible from the amount of wagging it at every stray cat who walks by. By week 3 their nose is firmly in the air and they can be found strutting around the COPFS office wearing their invisible cloak of respectability, exuding importance and authority, and proudly claiming they do a better job than Batman & Robin of keeping the mean streets of Scotland safe.
They are totally delusional of course. It would be hilarious if it wasn't so serious.
But this is why when cases get thrown on to Procurator Fiscal's laps, they'll prosecute them even if they know the accused person is innocent and even if they know they have no chance of winning the case. It's just a numbers game to them. They'll say there's a sufficiency of evidence when there's not. They'll say it's in the public interest to prosecute when it's not. They'll find any excuse to prosecute you unless you're a friend or connection of theirs of course, ah yes, that's a different story altogether, all of a sudden there is NO sufficiency of evidence and it's NOT in the public interest to prosecute.

In your case, their only interest in you appears to be because you phoned them and they saw this as an opportunity to arrest and prosecute someone, anyone and use you as a witness to achieve it. The minute you said you did not want the unjust and dishonest outcome that THEY wanted, they turned on you. This is what they do. From their perspective, how dare you waste their time, how dare you ask for their help, how dare you insist they remedy the situation in the most appropriate way possible for everyone concerned. Oh no, you must be taught a lesson now, made an example of. If they can't get your partner they'll get you. As long as they prosecute somebody, anybody, that's all they're interested in. You are unimportant to them and it sounds like you've discovered this.

The corruption in Police Scotland and the Crown Office is not only rife, it goes right to the top.
Unfortunately there's nothing you or I can do about it. All we can do is expose them publicly and make sure people at least know about it.

Let me know the URL of the blog post you wrote and I'll be happy to link to it from the Moroculous blog.

Anything at all which spreads the word about these people and how they behave has to be good.

Kenny
Posted by Kenny Campbell at 14:04

Police Scotland are not welcoming, not friendly and not proportionate 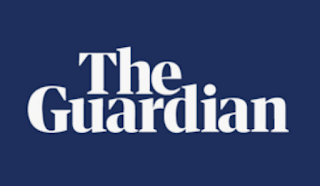 It’s official. Glasgow City Council’s IT system is a farce.
That’s not me saying it, it’s their own Lord Provost Philip “The Brat”.
While children all over the country have successfully got through a difficult last year using free platforms like Zoom and FaceTime to hold meetings with their teachers and friends, the children at GCC (aka “the greetin’ face cooncillors”) couldn’t hold an online meeting because of dropouts, glitches, crashes and goodness knows what else.
Philip “The Brat” eventually adjourned the online meeting calling it a farce (but stopped short of calling himself the same - what a shame, I was looking forward to that).
So why didn’t they just use Zoom to hold their meeting? I mean Zoom works great and it’s free and is clearly better than Glasgow City Council’s presumably mega-expensive basket case of an IT system?
Who knows. That would probably have been too sensible for these numpties.
Sources say that after the failed online meeting Philip then tried to get everyone to meet up at a local brewery for a piss-up but struggled to organise that too.
Ok, I made that last bit up…
https://www.glasgowlive.co.uk/news/glasgow-news/farce-full-glasgow-council-meeting-20897790
Posted by Kenny Campbell at 00:39