The Louisa Jordan hospital is to close at the end of this month.

You probably know that the Louisa Jordan hospital is actually the Glasgow SEC building which they converted in to a 1000 bed hospital for the old Beijing Boak.

And you probably know that the total cost to the tax payer has been £70 million.

What you may not know though is that the Louisa Jordan hospital never saw a single virus patient.

Even more bizarre is that the politicians and journalists are all over the TV news channels today CELEBRATING the fact that the £70 million 'hospital' wasn’t needed.

It’s as if the £70 million we poured down the drain on it is a WIN.

Just as strange is that not one single journalist today has asked why it is that we’ve been in and out of lockdowns for a full year to “Protect The NHS”, yet this 1000 bed NHS hospital we built to 'Protect The NHS' never saw a single virus patient and was never needed?

How is it that this virus was a serious enough threat to lock us down and destroy our entire economy, but apparently not serious enough that we needed a single one of the 1000 beds in our purpose built virus hospital?

These are fair questions surely?

There are a couple of possible answers that come to mind, and I'm sure that, like me, you've probably thought about these possibilities too.

Perhaps the Louisa Jordan was created at a cost of £70 million to give the 'illusion' that the Scottish Government were doing something to try and deal with the rapidly rising Beijing Boak. That's a reasonable possibility.

Because it has certainly been suggested by people 'in the know' that there was never ever going to be enough NHS staff to run the Louisa Jordan as a virus hospital, so yes, it could have been a total white elephant purely designed to con the Scottish public in to believing that the Scottish government could take care of its population if the virus got really bad when in reality they couldn't.

So if it was built just to make politicians look good, then that's most definitely not good. But if it was built to stop the public panicking as they watched the virus deaths rise each day, that's a bit more palatable.

Perhaps the Scottish government felt the only way to stop wide-spread panic in the population was to pretend that they had it all in hand, had it all covered, had plenty of ICU beds and ventilators, so hey everybody, don't worry, we've got it all under control, don't panic.

If that's indeed the case, then while it maybe isn't good that they lied to us, perhaps they could be forgiven just a teeny wee bit for doing so, especially under such unprecedented and extreme circumstances?

I'm actually prepared to hold my nose a wee bit and kinda accept (in some small way at least) that the government may have been a little bit economical with the truth. Especially if it was to help stop wide-spread panic and chaos in the population just long enough to get us through what has been quite simply the most difficult period for our country in my lifetime.

But I'm absolutely not ok if the Louisa Jordan hospital was a £70 million con job to make helpless and hapless politicians look good. 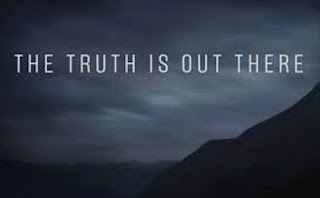