Those disgusting individuals at Police Scotland have set up an online form where you can 'grass' on any of your friends, family, and neighbours you suspect may be breaking lockdown rules.

Of course we saw a similar thing play out during the first lockdown last March. You may remember police went around fining people for such heinous crimes as bumping in to people from more than one household while walking their dog, sitting on a park bench alone for more than 30 mins, and putting easter eggs in their shopping basket in Tesco (apparently easter eggs were 'non-essential' goods).

Well, untrustworthy Police Scotland are at it again...but this time they want YOU to do their job for them.

This time they want every member of the Scottish public to spy on their friends, family, and neighbours and report them via an online form if you suspect they may have broken lockdown rules.

Police want you to help them target your friends, family and neighbours for any sort of lockdown related rule breaking you see going on such as, say, someone forgetting to put on their mask while out and about (unless you're the First Minister of Scotland of course - she doesn't get fined for not wearing a mask, only riff-raff like you and I do).

It's disgusting enough that police are doing these sorts of things just to keep their crime figures up and justify their existence (by the way, the only reason they do it is because crime tends to fall during lockdowns).

But it's even worse that they are ENCOURAGING people to spy on their fellow citizens and 'stick them in' to achieve it.

I wrote about this type of thing in another post a couple of years ago when the scumbags at Police Scotland were outed for PAYING football supporters to spy on their fellow fans.

I went in to great detail about how I had experienced this sort of thing before when I lived in Spain.

There was an old English woman who owned a shoe shop in a popular Spanish tourist resort where I lived. She had lived there for many years, long before I moved there.

It turned out she had been a Franco informant. She secretly reported British people to the Guardia Civil (who were General Franco’s policemen).

The Spanish police didn’t speak any English back then, so she took it upon herself to wander around the bars and cafes of the resort and listen to the British people talking and reported any conversations she overhead of people disagreeing or expressing any negative opinion about Franco, the police, the government or the council.

In the end, it was revealed that this woman had single-handedly been responsible for many unsuspecting British residents and holidaymakers being fined and jailed by the Spanish police just because of their political views. What a thoroughly disgusting individual.

Needless to say, none of the British residents in the resort spoke to this woman or used her shoe shop ever again.

During the winter months when there were less tourists around, her shoe shop business depended on local trade to survive. But after it came out that she had been a police informant none of the locals would spend a penny in her shop.

She went out of business within a couple of years and had to shut up shop and leave.

Who would've thought that now - all these years later and in one of the most respected democracies in the world - Police Scotland and their political masters in the Scottish government would end up doing the same thing, behaving like third-world dictators.

I just hope any jobsworths out there who believe they are doing the Scottish public a great service by 'grassing up' their friends, family, and neighbours take a good long hard think about what they're really doing before unleashing the power of the police on their fellow citizens.

This is exactly what happened in Hitlers Germany and Franco's Spain and it did not end well for the decent citizens of those countries, nor did it ultimately end well for the scum informants who 'grassed' on their fellow friends and neighbours.

I do not believe that members of the Scottish public should be going around helping the police to target their fellow citizens, especially when the only 'crimes' these otherwise decent law-abiding citizens may be breaking are a set of temporary rules which history may very well end up showing infringed on freedoms and were not even legal at the time.

I want this virus to end as much as everyone else and I will therefore abide by all the lockdown rules, just as I've dutifully done since March.

But I will NOT be a part of this. 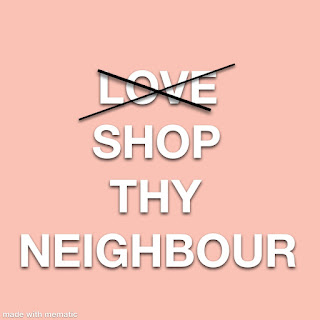