Do you get totally scunnered listening to the same old rubbish from our politicians?

Since day-one of this pandemic all I've heard them bleat on about is how "we’re listening to the scientists" and "we’re being guided by the science"?

Look, I didn’t elect a scientist to make decisions that affect my life. So I object when I see the politicians I elected taking orders from these scientists. Especially when the science being fed to us seems to be one-sided and biased (more about that later in this article).

I'm really not happy that my life and livelihood is being steered by so-called scientific ideas put forward by people like Professor Neil Ferguson, a man with a rich history of making absurd pandemic models from foot and mouth disease to swine flu.

So how did these scientists who make up in the Scientific Advisory Group for Emergencies (SAGE) become so powerful and influential?

Why do our politicians seem to ignore the fact that many of these scientists have a long history of getting many of these things wrong in the past?

Why do all of our politicians, even our Prime Minister, dance to their tune?

I have an answer to the above questions. There's a very disturbing story circulating from those 'in the know' explaining how this strange situation came about. I must warn you, it makes for very uncomfortable reading.

Most members of the public are unaware that the NHS Trusts and the scientists we see in committees such as SAGE are connected. And I mean VERY connected.

In 2019/20 Imperial College Healthcare had a turnover of £1.3 billion, employed approximately 13,000 people and treated about 1.3 million patients.

The connections between the people who run our NHS hospitals and the medical scientific community are completely incestuous. They could be considered one and the same. There are 217 Trusts in the UK and they employ 800,000 of the 1.2 million NHS's staff.

The 'story' goes that back in March 2020 the NHS managers began to panic. They were in a panic that the virus looked like it was becoming a pandemic, and a pandemic would reveal what many of us have suspected for years - that most NHS hospitals are not fit for purpose and would be unable to cope with a pandemic.

More importantly, they were terrified that a pandemic would mean increased scrutiny on the NHS and shine a spotlight on just how badly they've been running the NHS for years. They would be asked questions such as: why does the NHS cost us so much money yet when a nasty flu arrives, it can't cope? Why was the NHS not prepared for a pandemic? Where has all the money been going?

The NHS is a big black hole where money just disappears. It's been like that for decades. Money gets swallowed up by layers and layers of management and fat-cat types who squeeze it dry with their bloated salaries and cushy contracts. If a pandemic was to hit, the spotlight would go on, the game would be up, and the NHS gravy train would grind to a halt.

They effectively blackmailed the Government.

The completely co-ordinated responses to the pandemic we've seen from from the Government, the NHS managers, and the scientists makes sense now. And now we know why for the last 9 months they've pushed so forcefully for us to 'Protect the NHS' and 'Clap for Carers' etc.

Just as an aside, scientists actually don't care a jot about criticism, it's water off a ducks back to them. They still keep their lucrative teaching jobs, their NHS trust jobs, and their Government research grants no matter what (just look at the criticism Professor Neil Ferguson has had over the years yet he still remains gainfully employed, he doesn't give a hoot)!

So, with a pandemic on the way, Boris jumped at the chance and accepted the NHS managers deal. He didn’t have much choice politically - what politician wouldn't take a deal that absolves them of any blame should things go wrong, especially with something so big.

And that’s why it's scientists from SAGE, not politicians, who dictate to us whether we can leave our homes or not.

I’m always wary of any advice that comes from scientists, especially those who are closely connected to big sprawling inefficient organisations like the NHS and the Government. The professional and social connections that these scientists have with the NHS Trusts, the Government, the Universities, and big pharmaceutical companies is akin to a massive spiders web. The money involved is so colossal that the 'science' produced rarely emerges unbiased because these scientists usually have so many fingers in so many different pies.

You really never know which way the wind is blowing with these people.

Sometimes it's the scientists who call the shots and tell the Government what to do (which is what happened in the case of of the old Beijing Boak).

Other times it's the Government calling the shots, luring scientists with massive research grants to ensure the 'outcome' suits the Governments agenda.

Either way, the science that gets produced and the decisions taken based on that science always seems to fit perfectly with whatever they needed. How convenient!

I've seen it all happen before.

I'm old enough to remember when Margaret Thatcher wanted to move the energy sector away from fossil fuels. The public were understandably wary of this change. Nobody wanted a nuclear power station on their doorstep. The miners didn't want to see the coal industry decimated and their communities destroyed. The steel workers were under threat too because the steel foundries were fossil fuel based.

So Maggie paid the scientists to do research for her. She asked them to come up with something she could use to 'sell' her new energy policy of to the British public, something that would give her an excuse to get rid of fossil fuels. In reality she was secretly looking for an excuse to get rid of the trade-union loving coal miners and steel workers who's industries relied on fossil fuels.

And Voila, 'Global Warming' was born.

But you won't hear the term 'Global Warming' much nowadays. It kinda fell out of favour when people eventually tumbled to the fact that after years of warning us about Global Warming, Rothesay still wasn't getting as sunny as Benidorm!

Too many awkward questions were being asked about 'Global Warming'. So they gave it a makeover and changed its name to...'Climate Change'.

To this day you can’t get a teaching job in the scientific community, nor can you get funding for research projects in the public or private sector unless you agree to push the 'Climate Change' agenda.

And that's why you see so many climate change loving politicians and activists trotting out well-worn phrases such as 'the science is settled' and 'all the scientists agree'. The science is NOT settled and all the scientists do NOT agree. It's just that any scientist who dares to offer a differing opinion about Global Warming or Climate Change gets excluded, ostracised, booted out, and silenced.

It's a scandal, one of the biggest scandals of our time.

We elect politicians to make decisions, not biased scientists.

Unfortunately it doesn't look like things are going to change any time soon. I suspect our politicians will continue to 'follow the science' no matter whether it's biased science, science they've been blackmailed in to taking, or just science they've invented themselves.

I hope that when the old Beijing Boak pandemic is finally over, maybe we'll be able to look back on it all and see who really made the decisions and why. 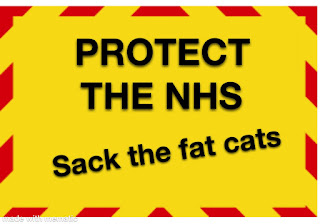