The specific allegation against him is of bullying.

Yes dear readers, difficult as it is to believe, it would appear it may be possible that there is a police officer out there who might, well, be a bully.

Who'd have of thunk it!

The Scottish public already know that Police Scotland is mired in corruption and has been for years.

The whole organisation is rotten to the core from the top to the bottom and decent, honest coppers are leaving the police service in their droves.

But like most corruption in public office, it didn't just happen overnight. It crept in very insipidly over a number of years and it now taints the whole culture of our policing system. Very few people noticed these erosions, even police officers themselves.

It happened in two distinct stages:

Stage 1:
The first sign that all was not well was when policing started to become political and police chiefs began to serve the interests of their political paymasters rather than the Scottish public.

While it is understandable that the police - like anyone I suppose - would want to cosy up to and endear themselves to the people who gave them the job in the first place (and who decide their wages, working conditions, and yearly budget etc) it is also wrong.

The police have a sole duty to help, protect and support the Scottish public, not their political bosses or any other corporate organisations who happen to contribute to a politicians election campaign and later call in favours or seek to influence policy.

When police stopped focusing on serving the public, the whole police service went very rapidly in to decline.

Politicians seeking re-election quickly realised one of the best strategies of a good re-election campaign was to demonstrate to voters that they have done a great job keeping the communities they represent safe.

To achieve this, the politicians put pressure on police to make lots of arrests so that they could point to crime figures and claim that they were being 'tough' on crime. Vote for me and I'll protect you from the bogeyman and all that kinda stuff.

All this did though was create a target based arrest culture within the police service in order to achieve these desired figures.

Little by little over a period of years, police officers who once upon a time used to help, protect and support the Scottish public were now actively seeking to target and arrest those same members of the public for the least little thing, anything, everything.

Any small technical insignificant misdemeanour of an otherwise innocent and law-abiding member of the public - which in days gone by would only warrant a stern but friendly and helpful warning from police - was now being seized on by police and used as an excuse to give out a tickets and even initiate a prosecution if at all possible.

No wonder good, honest, decent members of the public don't want to help the police any more, don't want to give statements or be witnesses in court. You reap what you sow Mr Plod.

Throughout all of this, a culture has grown which rages today like a wildfire. Scottish police officers go out on patrol every day and night desperately looking to find a crime in every nook and cranny. And they don't mind bending rules and shoe-horning any incident or situation to make it fit in to a statute just so they can justify an arrest.

Of course, there's nothing wrong with police going out looking for crimes per se. It's part and parcel of what they should be doing.

The problem is when a police service is under pressure to make lots of arrests, the pursuit of hardened criminals tends to get pushed down the list of priorities because these sorts of investigations can be very lengthy and difficult to crack with low rates of arrest successes.

Which means ordinary otherwise law-abiding members of the public (the 'low-hanging fruit' if you like) become the main targets of the police.

Nowadays, when drivers see a police car in their rear-view mirror they immediately feel nervous and anxious and that's just plain wrong.

If you see a police car in your rear-view mirror you should feel safe, not intimidated.

When you actively seek to harm the very people you have a duty to protect you lose all legitimacy.

Police Scotland has lost the trust of the public. They have become an abject failure. Even those who work within the justice system - the police themselves, the crown office, the prison service, solicitors, and the politicians - all know this.

Stage 2:
The second stage of erosion in the functioning of Police Scotland is another area of corruption that has grown in similar way to the previous one.

It is the rampant practice that has evolved in policing of presuming guilt and rushing to arrest.

In the honest, good old days, police would receive a complaint (or be called to an incident). They would investigate the incident and send a report to the Procurator Fiscal, stating what happened, who was involved, and any evidence they discovered. The Procurator Fiscal would then make a decision based on the police report whether to make a prosecution or not.

That process has completely changed now.

Nowadays police resources are so stretched and officers are under so much pressure from their superiors to make as many arrests as possible, police no longer spend time and effort to investigate anything.

Instead, they just form an opinion on who they think the 'bad guy' might be and try to cobble together as much evidence as possible to support that opinion. They also discard any evidence that they think may undermine that opinion so that they have a better chance of getting a prosecution when they pass it all to the Procurator Fiscal.

It's quick, it's cheap, and it works out ok most of the time.

But it also goes against absolutely EVERYTHING policing should be about.

Police should play NO part in deciding someone's guilt or innocence. That's the job of the courts.

However police know all too well that the Procurator Fiscal is unlikely to lead a prosecution against a person police have arrested if there's evidence available that shows he may be innocent. So any evidence that may show that the 'bad guy' they've arrested may actually be innocent and may actually have done nothing wrong is ignored and/or not collected by police.

Police officers purposely (and illegally) go to great lengths to tip the balance of evidence firmly against the person they've arrested to ensure they get a good solid conviction.

It doesn't matter to police that they may have got the wrong guy and that evidence they ignored or 'binned' would have shown that they arrested was actually innocent. Arrests, convictions, and showing that they are being 'tough on crime' are all that matter to the police.

To them, the end always justifies the means.

When you have police officers all over our country working in this way - deciding day in and day out who's guilty and who's not and having carte-blanche to arrest anyone and everyone regardless of whether they have actually committed a crime or not - it's not difficult to see how police officers chests start to puff out, arrogance abounds, and a bullying mentality creeps in.

It's a plain and simple historical fact that every time a new law gives police new powers, police always end up abusing those powers. Always.

If police think they can get away with behaving like bullies, they will.

Conclusion:
So does it surprise me that Scotland's top cop, the chief constable himself, is being accused of bullying?

No, not in the slightest.

He probably doesn't even view his behaviour as bullying or wrong in any way.

He probably sees it all as a perfectly normal way police chiefs go about doing their job.

He probably can't understand what the fuss is all about.

There's every chance that he hasn't even noticed the insipid erosion of morals, standards, and behaviour in his own police force over the years.

He has probably gone along with the flow himself for so long that he has completely missed this 'culture of corruption' which has mission creeped in to the police service.

But what annoys me most though is that while this very concerning investigation in to the behaviour of the country's top policeman is on-going, Phil 'Gormless' still continues to sit behind the comfy desk of his £212,000 a year job and works on as usual.

Which is rather different to how you or I would be treated by police if we were suspected of wrong-doing.

Because when we ordinary members of the public are suspected of wrong-doing, we get slapped in handcuffs by police and thrown in to a grotty custody cell until such times as we can get to court and prove our innocence. 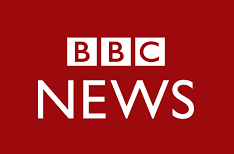