You Can't Handle The Truth

In one of those 'Come on, what did you think was gonna happen' type scenarios, Police Scotland have expressed surprise at the results of a Facebook survey they conducted.

The online survey asked members of the public to give police feedback about how they're doing. So the public told them - and in no uncertain terms.

The level of criticism and backlash police received has been on an unprecedented scale.

Eh, sorry, but come on, what did they expect?!

Did they really think wee Mrs McTumshie from Cock-a-leekie Hydro By The Sea was gonna respond and tell them what a sterling job they're doing because every time she walks down to the Post Office to collect her pension PC Murdoch always gives her a smile and the correct time?

The did not expect such a backlash from the public.

Police officers all over Scotland have this incredibly idealistic view of themselves that only they and they alone seem to see. It's as if they permanently wear rose-tinted spectacles every time they look in the mirror.

And that's a real problem.

When you've got a corrupt organisation full of pompous self-opinionated charlatans who claim to work for the publics benefit but secretly seek to harm us instead, you have problems.

No one is surprised at the backlash you're getting from your 'public' survey Police Scotland.

No one except yourselves that is.

You asked the questions. The public have given you their answers.

All that remains is for you to ignore it all and get back to burying your heads in the sand (as you always do and will do after this).

But hey, if it's any consolation, not everyone thinks you're useless. 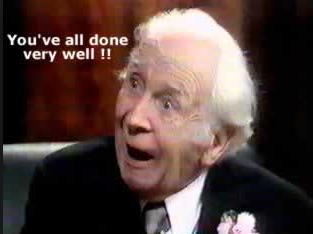 https://www.thecourier.co.uk/fp/news/local/dundee/159309/police-scotland-face-social-media-backlash/
Posted by Kenny Campbell at 20:03