I've written quite a lot of posts recently about the closures of the Police Scotland control rooms in Aberdeen and Inverness and the concern that moving to Dundee will result in emergency calls being answered by officers who have no local knowledge of the area.


It's a hot topic, and for good reason. These control room closures will cost lives, mark my words.

Now, it's well known that untrustworthy Police Scotland NEVER like to admit they're wrong. So in their usual attempts to paper over the cracks and deflect bad publicity about the Aberdeen/Inverness closures (instead of confronting the real problem head on as they should) Police Scotland have come up with a brain wave.

Chief Superintendent Alan Spiers has revealed that call centre handlers from Dundee have been sent to Aberdeen to 'shadow' call handlers there in the hope that they will experience local problems and learn some of the essential local knowledge required.

I've got a much better idea.

Just stand up and admit you got this one wrong Police Scotland and keep the damn control rooms at Aberdeen and Inverness open!

But, I'm going to be fair with you here.

If you disagree with me, then I'll accept that it's perhaps because you have discovered that police officers can genuinely learn much from their counterparts in other areas. Certainly American police said they learned a few good things when they visited Scotland last year to see how our police manage to arrest violent suspects without being armed (police in the USA shoot over 1,000 people a year while trying to arrest people).

So I have a proposition for you. 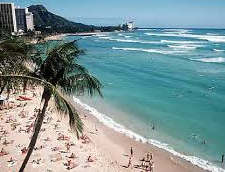 Two of my favourite cop shows from my youth were Magnum PI (with Tom Selleck) and Hawaii 5-0 (book 'em Danno).

I reckon there is much we could learn from the Honolulu Police Department.

So...send me over to Hawaii, let me drive around in a Ferrari for a while, give me a surf board and I'll do some fact-finding about crime on Waikiki beach for you.

I'll report my findings to you when I get back.

Come on, I'm just a concerned citizen trying to help you out here.

https://www.pressandjournal.co.uk/fp/news/aberdeen/851846/police-command-centre-row-takes-a-fresh-twist/
Posted by Kenny Campbell at 17:21