The Answer To Everything

One of the recommendations made after the M9 tragedy is that staff in police call centres should be issued with 'boogie boards' - an electronic scribble pad - on which they can make notes.

Up until now the call centre staff have been using pretty much anything they can get their hands on such as pencils, bits of paper and Word documents.

The idea now is when an important call comes in from the public, never again should a police call centre employee forget to pass it on to his/her colleagues.

But the idea is really no better than the flawed system they had before.

And there are two obvious problems with their 'boogie board' idea.

First, no matter what type of note-taking system you decide to use, absolutely nothing can be done when the call centre handler doesn't write down the note and pass it on. A bit obvious that one. 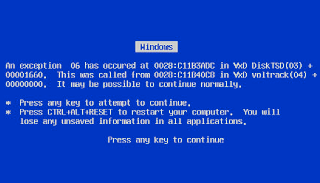 Second, the 'boogie board' notes will be saved electronically so they are at the mercy of a computer system, hard drives, operating systems, bugs, crashes - ahhhh, what could possibly go wrong?

But hey, at least untrustworthy Police Scotland are happy. They've been seen to be doing something and that's what's most important to them.

http://www.scotsman.com/news/police-scotland-considers-virtual-notepads-for-call-handlers-1-4007852
Posted by Kenny Campbell at 01:07