The head of Police Scotland Phil 'Gormless' seems to want to forget about his past life before he took over as our chief constable.

Because it seems that not only was Uncle Phil in charge of the Special Demonstrations Squad (SDS) - he was also involved with the National Public Order Intelligence Unit (NPOIU). 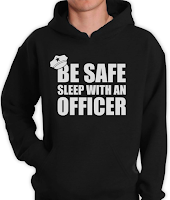 Both squads used undercover police officers who had sex with members of the groups they infiltrated to gain intelligence.

Perhaps the NPOIU and the SDS are one and the same?

Perhaps Uncle Phil was the boss of one but not the other.

Perhaps he was in charge of both.

Perhaps he knew all about it.

Perhaps he knew nothing.

Either way the Scottish public would like to know the extent of his involvement because these particular police departments acted illegally. How much did Phil Gormley know (and condone)?

Then, and only then, can we decide whether we, the public, deem Phil Gormley to be a fit and proper person to be the head of Police Scotland.

http://www.heraldscotland.com/news/14226362.Chief_Constable_faces_second_undercover__sex_spy__unit_row/
Posted by Kenny Campbell at 16:44