A Picture Paints A Thousand Words

We have discovered that Police Scotland keep photographs of every suspect they talk to for 12 years - even if that person was innocent and has done nothing wrong. 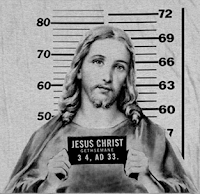 That may seem strange to you. Why on earth would Police Scotland want to keep mugshots of innocent members of the public who have done absolutely nothing wrong and have not committed any crime?

Police Scotland have little interest in who is innocent and who is guilty. They don't get paid on innocence or guilt. They get paid to arrest people, bundle together as much evidence as possible to support the arrest (and fabricate evidence if need be), then pass it on to the Crown Office & Procurator Fiscal Service so they can get as many prosecutions as possible.

Police Scotland and the Crown office's only interest is that when a crime is committed they get someone for it and get a successful prosecution. Anyone will do, it doesn't matter if they did it or not.

If you are a police officer trying to find someone to arrest for a crime, the more photographs you have in your file the more chances you will have of some witness picking out one of the mugshots and saying 'yeah, I think that one looks a bit like the culprit'.

So now, dear reader, you know why you regularly hear police spokespersons on the TV saying things like "...we're following a positive line of enquiry" or "...a member of the public has identified a suspect for us and we hope to make an arrest soon" etc.

And the TV viewers all heave a sigh of relief and go to sleep in their beds that night, safe in the knowledge that our Scottish boys in blue are right on the case of all those baddies out there.

Except an innocent member of the public often ends up in the dock as a result.

But hey, that's not really important is it?

http://www.deadlinenews.co.uk/2016/01/31/police-scotland-keep-mugshots-of-innocent-suspects-for-12-years/
Posted by Kenny Campbell at 00:19