Police Scotland have been severely criticised for failing to catch on-the-run killer John Casey who absconded more than a month ago. 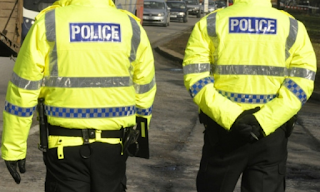 Mary Scanlon, the Scottish Conservative MSP for the highlands and islands warns that the reputation of Police Scotland is at risk.

What reputation would that be then?

I would argue that this incompetence is par for the course for untrustworthy Police Scotland.

John Finnie MSP, the Scottish Green Party justice spokesman has argued that he feels the police are doing their best but “The police rely on public support…"

And therein lies the answer.

They only have themselves to blame. It's all their own fault - but Police Scotland just don't get it.

Every time Police Scotland stop and fine otherwise good, upstanding, honest members of the public for stupid minor traffic infringements in order to reach their targets, the public turn against the police and refuse to help them when they really need them.

Every time Police Scotland behave in that oh so familiar haughty and officious manner towards good, upstanding, honest members of the public, the public turn against the police and refuse to help them when they really need them.

Every time Police look upon good, upstanding, honest members of the public as possible targets to pursue instead of helping them and keeping them safe, the public turn against the police and refuse to help them when they really need them.

You reap what you sow Police Scotland.

The public do not exist to be targets for the Police to condescend upon and charge, fine, arrest, detain or otherwise pursue.

The public exist to be taken care of, helped, and respected by Police Scotland.

They work for us - not the other way around.

Until Police Scotland get this idea that they are there for our benefit, not their own, they will continue to be shunned and mistrusted by the good, decent, members of the Scottish public.

You brought this on yourself Police Scotland.

Nobody likes you and nobody trusts you.

https://www.pressandjournal.co.uk/fp/news/inverness/797554/police-reputation-at-risk-over-missing-highland-murderer/
Posted by Kenny Campbell at 13:47