Domestic abuse cases are one area where we all sympathise with the victims. The courts come down hard on abusers and so they should.

I agree. Lock 'em up and throw away the key I say.

And because the courts come down so hard, that's why it's vitally important that the police get it right when it comes to arresting suspects in domestic abuse cases.

But all too often they don't get it right. Just go sit in the public gallery of the Sheriff courts and you'll see how often they get it wrong.

Police mess up. I've seen it happen. All it takes is a disgruntled ex wife or girlfriend to make up a semi-believable story and before you know it the incompetents in Police Scotland have her other half in the slammer facing a horrendous domestic abuse charge.

When it all comes out later that the accuser was lying, the police never charge the false accuser for lying, making false statements, and wasting police time, because that would be an admission that they, the police, got it wrong in the first place.

The culture of cover up within Police Scotland - described so eloquently by Sheriff Dickson last year - kicks in and untrustworthy Police Scotland and the corrupt Crown Office & Procurator Fiscal Service close ranks to protect each other.

The innocent party gets shafted and the guilty go free.

When police mess up they don't care that an innocent man or woman ends up in the dock facing a jail sentence for a crime they didn't commit.

They don't even care if it's a man or a woman.


We know this because the Herald Scotland newspaper have discovered that Police Scotland don't actually know the gender of the victims in thousands of domestic abuse cases: 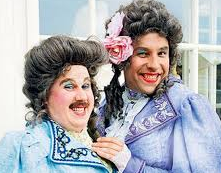 It's outrageous that in such a serious crime as this between men and women the police don't even bother to make a note of the victim and perpetrator's gender.

Perhaps they just assume it's always a man committing a crime against a woman (it's not, many men fall victim to abuse from their ex girlfriends - I know, believe me).

Or perhaps the real reason Police Scotland don't care is because they are only concerned that they get to make an arrest. After all, every arrest is another pat on the back for the arresting officer when he gets back to the station.

Policing in Scotland is not about protecting the public.

Policing in Scotland is about targeting the public.

And any man or woman will do.

In Police Scotland's unwritten rule book you can be assured that 'lots of arrests = lots of brownie points'.

So who cares whether they arrest bad guys or good guys?

Us. We the public care.