You Have No Right Of Protest In Scotland

It's the most basic human right you can have in any democracy - the right to peaceful protest. 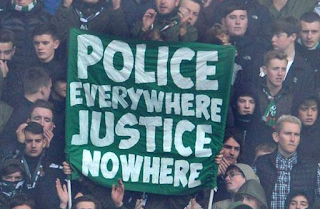 It's not just a basic human right. Freedom of speech is the absolute foundation of any proper democracy.

It's what keeps our rulers honest and holds them to account. Because if we can't hold them to account then we have tyranny and that would be unthinkable in a modern society such as ours.

So when a group of football fans politely made their negative feelings about untrustworthy Police Scotland known by peacefully displaying it on a banner, what do you think Police did?

Did Police Scotland respect their right to peaceful protest?

Did Police Scotland, although disagreeing with the sentiments on the banner, staunchly defend their right to say it? 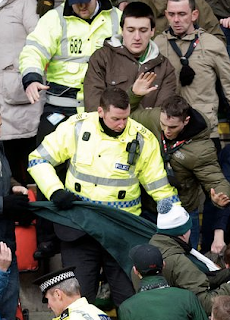