The idea of a secret police force illegally spying on you, intercepting your communications, and conducting covert surveillance on you is usually the stuff of old movies about Nazi Germany or Stalinist Russia.

So the idea that it is happening today in Scotland is pretty ridiculous, right?

It is happening today in Scotland.

But rest assured Police Scotland will make sure you never get to know about it. 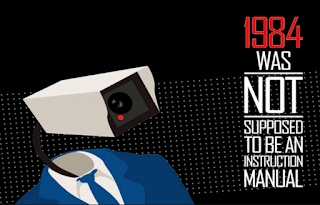 The Press and Journal made a freedom of information request to ask how often Police Scotland had used the Regulation of Investigatory Powers Act 2000 (RIPA) to access information about journalists’ sources.

Turns out untrustworthy Police Scotland only keep this sort of information for 6 years so no info exists for 2000 to 2009.

Oh, and they also added that it would cost too much money to answer a freedom of information request in to how often RIPA was used between 2010 and 2011.

So there you have it. For more than 11 years Police Scotland have been spying on us without any legal permission to do so - but we'll never know the extent of their illegal activities because it was all done in secret with no records kept or accountability.

I bet you didn't know you've been living in a Police State in Scotland for more than a decade.

Looks like those old movies are coming back after all.

https://www.pressandjournal.co.uk/fp/news/scotland/778826/police-use-terror-laws-to-spy-on-scottish-journalists/
Posted by Kenny Campbell at 13:25