In another 'you couldn't make it up' story, untrustworthy Police Scotland have told a schoolgirl that she could be prosecuted for taking a selfie photograph in class.

Ahh, how reassuring to know that while burglars are breaking in to your house this festive season stealing your kids presents from under the tree, Police Scotland are out in the street stopping and searching your kids for no reason and arresting them for taking selfies on their phone.

Which reminds me. I saw a strange man in a red suit climbing out my neighbours chimney this evening.

Quick, someone call Police Scotland and report it.

Actually, forget it - their call centre will probably be closed or off-line, and anyway, by the time you do get through to untrustworthy Police Scotland the culprit will be half way to the North Pole.

Either that or lying dead in his sleigh in a ditch just off the M9. 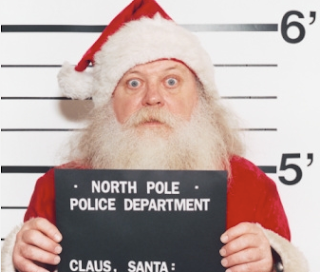