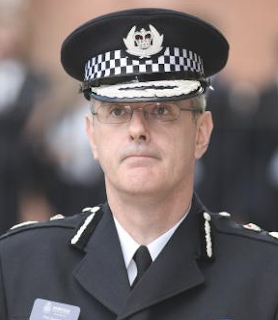 So Police Scotland have a new Chief Constable.

His name is Phil Gormley and he's not Scottish.

Now don't get me wrong, I have nothing against any police officer from any area of the country applying to be the Chief Constable of Scotland.

In fact the more top coppers who throw their hat in the ring for the job, the more choice the good people of Scotland have at getting a good 'un at the helm for a wee change.

But I can't help wondering why, out of the thousands of police officers we have here in Scotland, there isn't at least ONE police officer in our own country who is capable of being the Chief Constable of Scotland?

Perhaps the real powers-that-be behind untrustworthy Police Scotland don't want someone who knows the 'turf'?

Perhaps they want a 'Patsy' for the job - an outsider who doesn't know the ropes, can have the wool pulled over his eyes, and will let them continue with their corrupt policing policies.

Oh well, looks like it'll be business as usual in Police Scotland again.