Derek Penman from Her Majesty's Inspector of Constabulary has delivered a damning report on Police Scotland's failures to handle 101 calls.

The report shows that almost 1 in 20 calls made to the Police Scotland non emergency number 101 don't get through to them - the caller gets disconnected before a Police call handler gets round to answering.

And it's not as if they're too busy with emergency calls or other work to answer calls from the public because the report also advises that the amount of calls Police Scotland have to deal with is well below the average number of calls per head of population than in England and Wales. 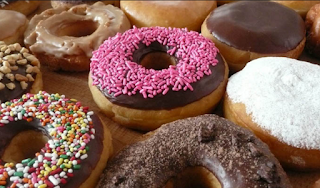 Maybe there's a Krispy Kreme doughnut shop next to the 101 call handling centre and the Police are too busy eating doughnuts and drinking coffee to answer when the public contact them for help?

If you do manage to actually get through on the 101 number and need untrustworthy Police Scotland to attend an incident or come speak to you, don't expect them to turn up any time soon, if at all.

The report also says that the "gazetteer" system which the call centre staff are supposed to use to look up and verify addresses doesn't work very well - so staff use 'Google Maps' instead!

Ah, typical as ever of the level of professionalism we've come to expect from Police Scotland.