BBC's The One Show Exposes How The Justice System Punishes Innocents

Tonights BBC1 'The One Show' investigated how people who have been wrongly arrested and found innocent in court often find themselves financially ruined by legal fees. 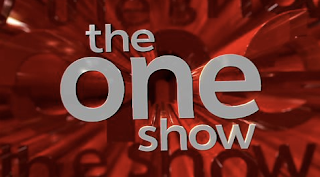 During the programme one innocent man even revealed that he had seriously considered pleading guilty to something he didn't do - just because his lawyers fees were mounting up and he simply couldn't afford to continue paying.

It is completely unacceptable in this day and age that the justice you receive is only as good as the money in your pocket.

I regularly sit in the public gallery of Sheriff courts in Scotland and watch cases being tried. The vast majority of cases that the Crown Office bring to court are by far waged against the poorest and the most vulnerable people in our society. Go to any court in Scotland and look in the dock. You'll hardly ever see a 'well suited and booted' accused.

It's not because the accused persons don't have respect for the court. It's because they can't afford a suit.

The Crown Office & Procurator Fiscal Service know this. They know that it's far easier to get a conviction against a poor person or a vulnerable person than a middle class, educated, or wealthy person.

So that's why Police Scotland and the COPFS purposely target this section of society.

A man of means can employ a good legal team to prove his innocence.

Our justice system wants you to think that when a judge brings down his gavel with the words "not guilty" and you walk out of the dock a free man, then justice has been done.

They conveniently ignore the fact that the man who walks out of the dock "not guilty" was actually "not guilty" before he walked in to the dock.

Worse still, as the "not guilty" man walks out of the dock, he has also had his life destroyed by rumours and innuendo in his community in the weeks or months leading up to his trial, no smoke without fire and all that, his family have suffered, his work has suffered, his health has suffered, and to top it all, he's hundreds or even thousands of pounds out of pocket - money he can ill afford.

But hang on a minute. What about Legal Aid I hear you ask?

Sorry for the pauses - I was too busy laughing when you asked about "Legal Aid!"

If you are facing a serious charge which carries a sentence of up to one year in jail, Legal Aid in Scotland pays £500. This is barely enough to cover the cost of a lawyer sending out a couple of letters never mind meet with you, discuss your case, prepare a defence, cite witnesses, and conduct a trial in a court of law.

Bottom line is if you want a defence, you need to put your hand in your pocket, and your pockets better be deep.

And if you're one of the poorest and most vulnerable people in our society with very little or nothing at all in your pocket, tough luck.

Mind you, on the upside, the corrupt Crown Office and untrustworthy Police Scotland get to show great crime figures to the public who are blissfully unaware of how they actually get all these so-called 'successful' prosecutions.
Posted by Kenny Campbell at 21:01