134 Officers From Police Scotland Under Investigation For Sex offences, Stalking, Theft And Assault

They say that fact is stranger than fiction. Today more than ever I know that to be true.

In a headline you couldn't possibly make up if you tried, we discover that 134 Police Scotland officers are under investigation for a range of crimes including sex offences, stalking, theft, assault and breaching data protection.

You would expect Police to be out there investigating sex offences, stalking, theft, assault and breaching data protection - not actually committing these crimes themselves. 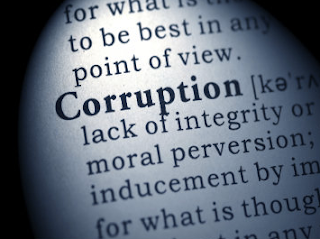 I have watched standards in the selection process for Police Scotland employees drop for years.

I've personally experienced the calibre of officers in Police Scotland descend in to farce.

It's harder to get accepted in to the local golf club than it is to get in to the Police force nowadays.

The calibre of Police Scotland officers - who so love to wag their condescending finger at you and I -  has been plummeting for years.

And now we find the current crop of coppers are not just the usual sub standard trash we've come to know and expect, but they're actually criminals themselves.

We're not just talking about a few rogue flat foots from the lower rungs of the ladder either.

3 of them are the rank of Inspector or above.

11 of them are Sergeants.

Police Scotland is corrupt to the core.

It's truly sickening to members of the public to know that while this motley crew at Police Scotland are stopping you in your car, or in the street ,or arresting you on some trumped up charge that they've invented, they are secretly a bunch of thieves, sex offenders, and criminals themselves.

And they ask us, the public, to trust them. They ask us to make statements to them and go to court as witnesses for them.

They're having a laugh aren't they?


Who in their right mind would trust a Police Scotland copper these days?

The overseeing body who are supposed to hold them to account, the Scottish Police Authority's Complaints And Conduct Committee tell us not to worry, they're right on the case.

So, how many of the 134 corrupt Police Scotland officers do you reckon will actually find themselves in the dock?

Well, ultimately it's their good friends and colleagues in the already corrupt Crown Office who will decide if "there's a sufficiency of evidence" or "if it's in the public interest" to pursue the crooked Police officers.

So don't hold your breath.

http://www.dailyrecord.co.uk/news/scottish-news/police-scotland-probe-134-officers-6905331
Posted by Kenny Campbell at 21:07